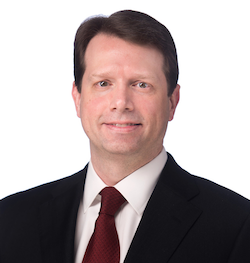 Drake’s practice is devoted to civil litigation, including complex business disputes, construction disputes, banking and consumer finance litigation, class actions, and personal injury/wrongful death litigation. He has litigated cases on behalf of clients in federal and state courts across the southeast.

Drake represents clients on both the plaintiff and defense side of contentious matters. He has successfully litigated cases involving claims of breach of contract, fraud, bad faith, professional negligence, and tortious interference, as well as the FDCPA and FCRA.

Drake is rated AV-Preeminent by Martindale-Hubbell.

Obtained defense verdict on behalf of client following two week jury trial in Blount County, Alabama, in wrongful death/trucking case. The trial involved application of the South Carolina wrongful death act, and the jury returned a verdict of $5 million against the co-defendants.

Member of litigation team that successfully defended one of nation's largest financial institutions against class action lawsuits filed in the U.S. Bankruptcy Courts for the Northern, Middle, and Southern Districts of Alabama.

Contact Us
Areas of Practice
Client Reviews
★★★★★
"Todd took over the case within weeks of trial, and crafted a trial strategy and crystal-clear message that impressed our jury. Todd skillfully presented our case and masterfully cross-examined opposing witnesses. By the time of trial, Todd understood the facts, contracts and legal theories better than anyone involved in the case, and over the one-week trial, presented it in a way the jury could understand." Dick W.
★★★★★
"Todd won a $400k judgement for me with less than 30 days to prepare. In another case he defended me against a bank with the result being the bank officer resigned and a third party agreed to pay me a significant settlement." Richard
★★★★★
"Mr. Poole works especially hard to understand the matter prior to taking action, and is able to weigh the cost of legal action versus the likelihood of collection. His focus on relationship building and being seen as an extension of the service our credit union provides, is a real benefit. I highly recommend Todd Poole." A.A.
Read More
Submit a Law Firm Client Review