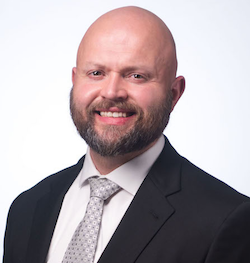 Tim is a trial lawyer whose practice focuses primarily on complex commercial litigation, business and contract disputes, and appellate advocacy.

Tim has successfully briefed and argued appeals before appellate courts in Georgia and Vermont in cases involving sophisticated commercial and procedural issues and constitutional due process. He has also prevailed in several jury and bench trials, as both lead and co-counsel, in cases involving major felonies, economic torts, and property disputes.

Outside of trial, Tim has drafted and successfully argued a broad range of dismissal, discovery, and evidentiary motions in both state and federal courts, and he has extensive experience examining witnesses at motion hearings and depositions, including expert depositions in a wide array of specialties.

In addition, Tim has lectured on the use of computer forensic evidence in criminal cases, and he has trained educators and medical professionals on privacy and sexual harassment laws.

Outside of work, Tim enjoys spending time with his wife, Christina, and their two young children.

B.A., English and Economics, University of Massachusetts at Amherst, 2004

Jurisdictions Admitted to Practice All Georgia Courts
United States District Courts for the Northern, Middle, and Southern Districts of Georgia

Contact Us
Areas of Practice
Client Reviews
★★★★★
"Todd took over the case within weeks of trial, and crafted a trial strategy and crystal-clear message that impressed our jury. Todd skillfully presented our case and masterfully cross-examined opposing witnesses. By the time of trial, Todd understood the facts, contracts and legal theories better than anyone involved in the case, and over the one-week trial, presented it in a way the jury could understand." Dick W.
★★★★★
"Todd won a $400k judgement for me with less than 30 days to prepare. In another case he defended me against a bank with the result being the bank officer resigned and a third party agreed to pay me a significant settlement." Richard
★★★★★
"Mr. Poole works especially hard to understand the matter prior to taking action, and is able to weigh the cost of legal action versus the likelihood of collection. His focus on relationship building and being seen as an extension of the service our credit union provides, is a real benefit. I highly recommend Todd Poole." A.A.
Read More
Submit a Law Firm Client Review